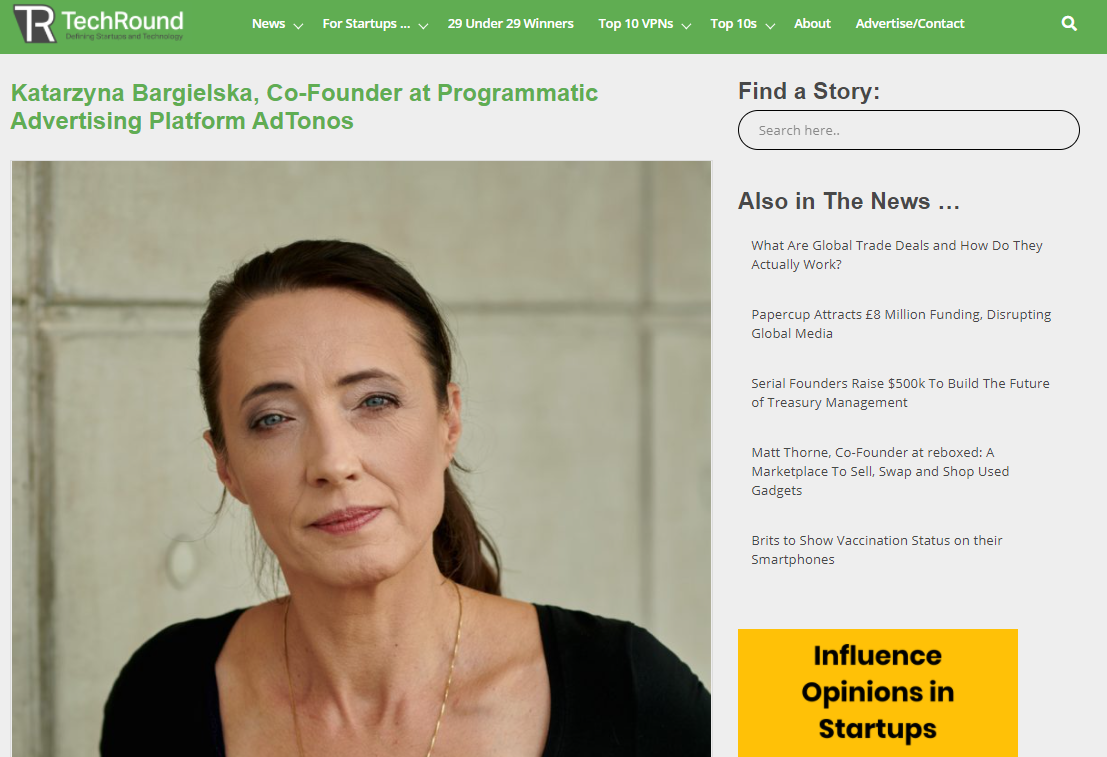 Posted at 16:03h in In the media, News by kasia@adtonos.com

Today a little bit about our programmatic platform and the idea for the AdTonos company.

“How did you come up with the idea for the company?

Michal Marcinik, co-founder and now CEO of AdTonos, came up with the original idea. Michal is passionate about audio and is rarely seen without his headphones. He particularly loves radio and founded the first internet radio station in Europe at just 18. He had publishers, presenters and a business partner responsible for acquiring advertisers, but the project was frozen when the dot com bubble burst.

After this experience, Michal decided to help radio stations monetise their online content. His start-up, Radio Net Media Ltd, won the Incredibles competition created by Sebastian Kulczyk, and he used the funding to enter the market with an audio programmatic advertising proposition. He invited co-founders to join him and there was so much passion in his proposal I decided to take up the challenge. I could see the exciting market potential, so my decision was quick.” – says Kasia, our CMO & Co-founder in TechRound interview with Dana Leigh.