What happens when no one can hear you scream

Previous Next
What happens when no one can hear you scream

The tagline for Ridley Scott’s Alien, as the title recalls, is: “In space, no one can hear you scream.” It’s one that implies isolation, and moreover, persecution without the hope of salvation. 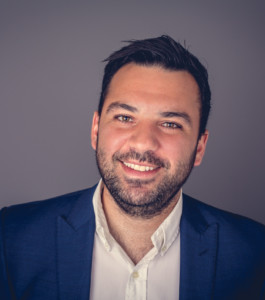 But if you’ve ever turned off the sound of a horror film – perhaps in the hope that it will grant your senses some reprieve – you will find that a lack of sound does indeed make a film less scary. Sound is integral to constructing an atmosphere of fear and anxiety, with directors employing a range of tricks and techniques to inspire feelings of apprehension and dread.

So, as audio evangelists here at AdTonos in the lead up to Halloween, why not dive into some of the iconic sounds – and screams – of the best horror films? At the same time, we’ll delve deeper into how sound is vital to building tension, infusing otherwise mundane scenes with unease, and taking the audience on an immersive journey.

Some scenes and features are so famous, you know the look – and sound – of them even if you haven’t actually watched them. Think: the grating strings in the shower scene of Hitchcock’s Psycho, the score for Steven Spielberg’s Jaws, or Mike Oldfield’s ‘Tubular Bells’ in The Exorcist.

In the case of Jaws, it only takes two notes to announce the monstrous predator’s approach as well as a sense of anticipation and impending doom. In The Shining, it’s the intensifying, non-diegetic music – the background music the onscreen characters cannot hear – that renders the scene where Danny rides his bike through the empty hotel so eerie and frightening, not the actual activity itself.

Sound is a key component when it comes to escalating onscreen events. While the eyes may see what is happening, it’s the sounds that hint at what comes next, with screams, droning hums, or creaking stairs suggesting the horror ahead. These techniques and sonic manipulations are far from random. Indeed, there are certain notes that evoke specific, biological responses, and they are wielded accordingly.

Something wicked this way comes

To yield a deep ominous sound or a sudden change in atmosphere, directors and editors might abruptly switch from a major to a minor key. If the aim is to intensify a sense of discord, chaotic volatility, or conflict, one might employ dissonance, a lack of harmony between notes. Finally, infrasound (famously used in psychological horror Irréversible) – or very low sound waves that are either difficult or impossible to hear, but the body can feel – can inject a sense of foreboding into the audience without their full awareness.

The reason why these sounds are frightening to us is because they replicate danger cues. Natural infrasound often occurs during extreme weather events such as earthquakes, storms, tornados, or volcano eruptions. Screams, on the other hand, are a biological signal that someone is in peril. Found in the animal kingdom as much as the human world, screams utilise higher frequencies and a broader range of our vocal cords, effectively cutting through other sounds. What’s more, this rapid change of volume and the fact that they are ‘nonlinear’ makes them all the more jarring and unpleasant.

There are multiple evolutionary mechanisms that are aimed to prime us for impending danger: approaching sounds activate our awareness more than receding ones, and we often overestimate the speed of what is approaching, a phenomenon called ‘auditory looming bias’. These sonic cues help us react quickly, and in that respect, sound is integral to our survival.

Be afraid, be very afraid

A good horror film taps into these primal processes, stimulating our biological defence systems to awaken fear in the audience. Sound is difficult to avoid. It’s hard to close our ears, and we cannot close our bodies off to sound waves. So whether it’s to build tension, introduce a jump scare, or increase anxiety, sound design is an integral part of the horror film toolset.