Did you know that today is National Video Games day? To celebrate, here are some of our team’s favourite games and recommendations. There will be something for everyone here! 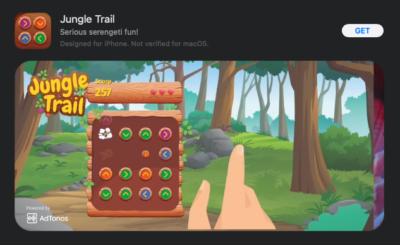 Most of the world’s gamers are mobile or casual gamers. Some of our team’s biggest recommendations include PubG Mobile and Pokémon Go, which perfectly blends getting out there in the real world with reliving your childhood fantasy of being the world’s best Pokémon trainer. “Gotta Catch ‘em all!”

For a less involved, but equally enjoyable gaming experience, another favourite is Minigame Paradise, which has a great range of minigames and collectable characters you can enjoy whilst commuting – without running the risk of missing your stop! If puzzle-focused gaming is more your thing, our recommendations include the iconic Tetris, the Nintendo DS’s Big Brain Academy.

We’re also so excited to announce that we have our very own mobile game, Jungle Trail, available on iOS via the App Store. We’d love you to give the game a try and tell us what you think! 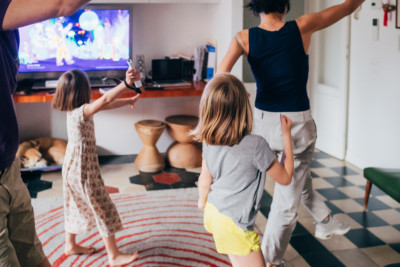 Do you and your friends have a competitive streak and possibly a few light-hearted bones to pick? Just Fall LOL is the perfect way to settle the score.

A quirky game that you can enjoy with friends or alone is WarioWare: Touched!, which will see you play cooky minigames that get quicker and quicker the more you progress through the levels until you’re frantically trying to cut a long string of bogeys, and oddly finding it fun…

Want to work up a sweat while having a giggle with friends? Zumba Fitness on the Wii is highly recommended, and another hilarious title is the incredibly goofy Rayman Raving Rabbids! 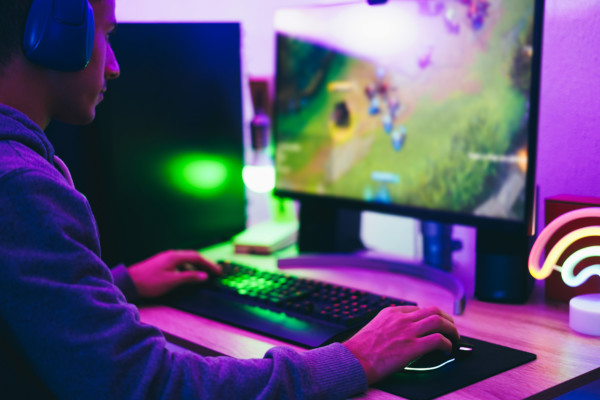 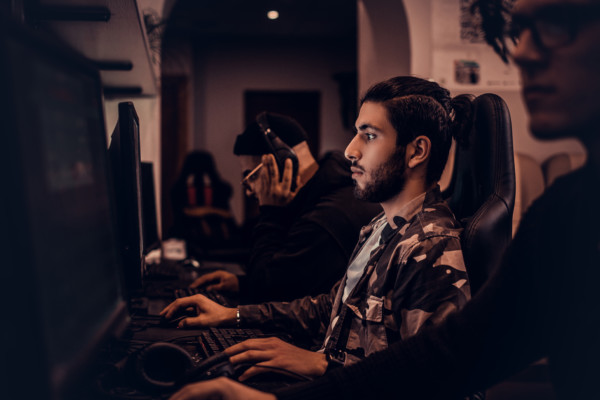 While you may have heard of classics like Jade Empire, Onimusha 2 and Devil May Cry 2, Primal is massively under-appreciated.

The main character, Jen, is transported to a fantasy world after being attacked by a demon in the human realm, which leaves her battling for her life on life support. To save her own life and return to the human realm, Jen has to travel through the realms of Chaos and Order to overthrow the forces of evil, fighting monsters and bosses in four monstrous forms of her own. 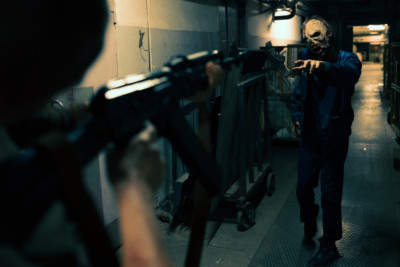 A cult favourite in horror games is Silent Hill 2, but few survival games can send shockwaves of intense terror as the Outlast series does. This fast-paced, unforgiving title sees you hiding for your life in a corrupt, dilapidated, dark hospital full of mutated homicidal and cannibalistic patients. Armed only with a camcorder, there is no way to fight back.

Subnautica sees you stranded on an uncharted planet, collecting minerals, hunting alien sea-life and repairing your broken base for survival. The deeper into the ocean you go, the darker and more sombre the atmosphere becomes. Added to the dread around trying to stay alive with little supplies are a team of giant creatures, like the Leviathan, that hunt you down! For an added layer of horror, you can now play Subnautica with a VR headset, and no doubt develop a fever dream or two off the back of these harrowing experiences!

Do you like your horror with a side of action? Look no further than Resident Evil 4! Like the occasional jumpscare, but are a bit too faint-hearted for hardcore horror? The Luigi’s Mansion series delivers enough spookiness for those who actually enjoy being able to sleep at night! 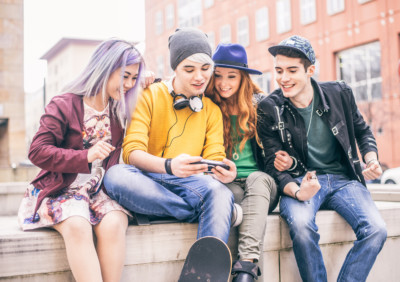 If you enjoy fantasy, magic, battles and story-driven plots with character development and dramatic plot twists, then two great titles to play include Tales of Symphonia and Fire Emblem: Three Houses, both of which promise lots of replayability.

If you’re looking for a hidden gem, and like turn-based combat, Skies of Arcadia is an unmissable retro title. The game is based centuries – if not millennia – after a catastrophic world-wide war of civilisations almost annihilates humanity. All survivors live in floating islands in the sky, navigating the world through airborne pirate ships. Your party of pirates explores the world while foiling the Valuan Empire’s plans for world domination. It also boasts an amazing electronic orchestral soundtrack and side quests! 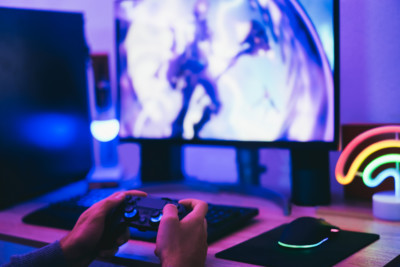 Castlevania: Symphony of the Night is a favourite among Castlevania fans, and The Legend of Zelda: WindWaker has a special place in fans’ hearts for its endearing art style and nostalgic sense of adventure.

Another Code: Two Memories on the Nintendo DS sees Ashley Robins travel to meet her estranged father for the first time on Blood Edward Island with her Aunt. On the island, Ashley meets D, the amnesiac ghost of a young boy seeking the truth around the circumstances of his death so that he can find peace. When Ashley’s aunt mysteriously goes missing shortly after they both arrive on the island, she agrees to search the island and the Edward family mansion with D for clues about his dark family secrets, as well as her own. 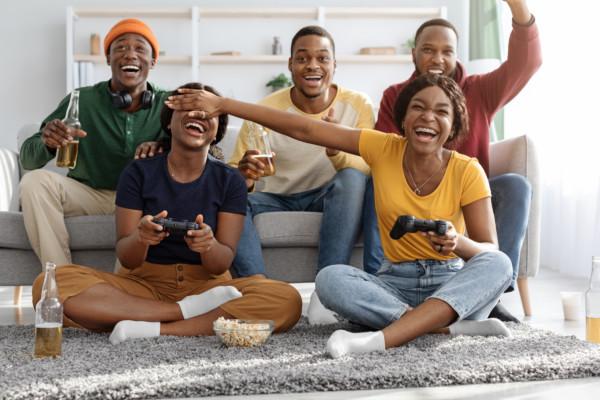 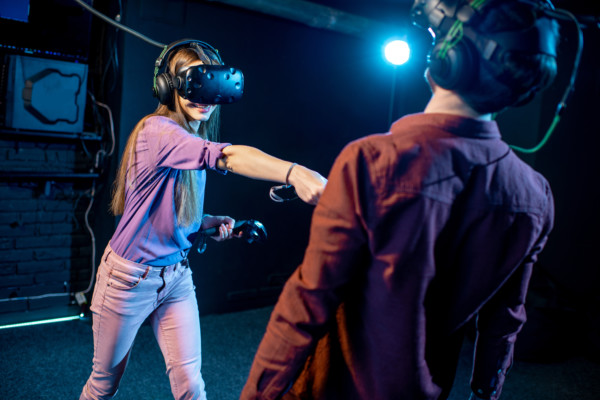 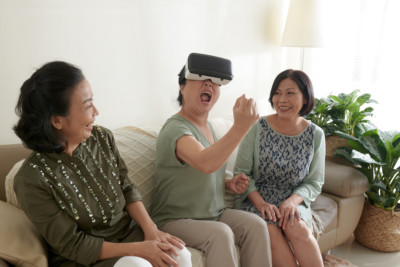 An under-appreciated game in the Sims lineup of games is The Urbz: Sims in the City. Its smaller, committed fanbase love the title for its unique focus on different musical subcultures.

You can rock out in a cage fight in an abandoned subway train and tunnel with the Goth and Industrial/ Rivethead crowd, rave to techno and electronica in the Japanese inspired Neon East, race members of a Motorcycle gang to a backdrop of metal and rock tracks, mingle with socialites in Diamond Heights, or enjoy a Cookout whilst dancing to Hip Hop and taming ferrets.

All this and so much more makes it a game worth dabbling with. 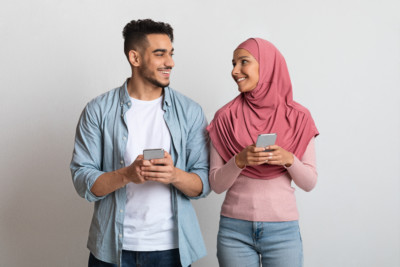 We loved sharing some of our team’s favourite games with you, and hope you explore and enjoy some of the titles as much as our team did.

Don’t forget to check out AdTonos’ new game, Jungle Trail, on the App Store, and let us know what you think!