The winner takes it all: winning the Radio Hack2018!

Previous Next
The winner takes it all: winning the Radio Hack2018!

RadioHack is organized by Radiodays Europe, as an accompanying event for radio developers, enthusiasts, and journalists. The idea is to deliver a prototype of the next big thing for radio within 72hours.  This time it was all about Amazon Echo and Alexa.

We’ve formed a team with colleagues from the US, Canada, France and Germany and decided to find a solution to easily share audio clips from Alexa. Why? Because Echo is audio the only device, can order you an Uber, call or text friends but when it comes to sharing audio – no skill. Imagine that you listen to your favourite radio and there is something interesting going on air that you would like to share.

And this is when Divvy comes in! All you need to do is say “Alexa, ask Divvy to share the last 10 seconds with [Your friend’s name]“.

And that was it! Jury of

decided that Divvy is the best idea and the best prototype of 10 other ideas developed by more than 50 people. To be honest we’ve also kept our fingers crossed for the team that took second place called “Alexa sales”. Why? Because it is the idea that we are working on at AdTonos: interactive Alexa ads.

Imagine that you listen to your favourite radio and an ad is played to book your new BMW test-drive/get an Uber voucher etc. All you need to do is to interact. Sadly, in the jury’s opinion guys that took second place messed a little with the business model and made the user experience too complicated. But it proves that our development pipeline is something that would have great sales potential soon! 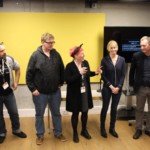 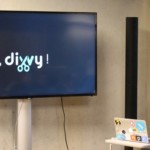 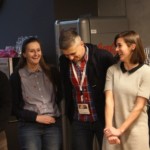 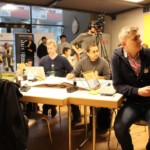 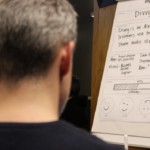