What the NFT LimeWire reboot means for the audio industry 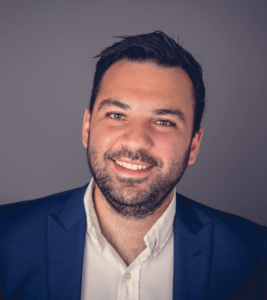 While this news might not mean a lot to Gen Z, every single millennial and even most boomers will be thrilled – or not so thrilled – to hear that LimeWire is back.
But let’s be serious: LimeWire, at least, the way the public was first introduced to it – as a peer-to-peer file-sharing platform, notorious for music and video piracy and subsequently closed following lawsuits over a decade ago – is not back. Rather, bearing the same name and branding, LimeWire 2.0 will emerge: an NFT-marketplace for artists and fans to build more direct and personal relationships through the creation, buying, and trading of digital collectables. Currently limited to music, the platform is looking to expand into entertainment, and the announcement is causing a lot of stir within the entire audio industry.

LimeWire: a service for the people

Julian Zehetmayr, one of two Vienna-based brothers, claims that LimeWire 2.0 will create an “additional” rather than “alternative” channel to streaming platforms, benefitting both artists and fans alike. It would complement other services such as Spotify or Bandcamp, but furthermore, democratise the usually crypto-gated NFT-world through an easy-to-use payment platform.

The company, called Wyre, would permit people to pay for exclusive material from their favourite artists in the form of live tracks, unreleased demos, pre-leases, backstage passes and other digital content. Auctions or contracts that guarantee a percentage of any resale could enable a new source of income, while fans could potentially turn a one-time purchase into an investment.

Musicians would be an integral part of every sale, barring interference from third parties such as powerful streaming platforms, music promoters, and other intermediary services such as Patreon, for example. And if successful, this could turn the tables for musicians; not only providing control across the supply chain – from price and output to platform and medium – but also financial compensation for lesser-known artists who, despite having access to unprecedented reach and exposure, are often simply not paid enough.

On the other side of the equation, there are doubts as to whether this new format would truly be as democratic as it portends to be. As exclusive as the crypto-industry is – with only 9% holding 80% of the total number of NFTs (2.7 million around Nov 2021) – it’s hard to see how this will realistically serve the music industry and its communities for the better.

The technology around NFTs does not promise to create a space for musicians to grow and spread their sound. Artists may suddenly rise to fame, adding value to existing NFTs, but purely selling an NFT will not necessarily cultivate popularity. This is where streaming platforms and the audio advertising industry come in, making access to music from anywhere at any time a possibility.

To put it simply, the main barrier to NFTs in general is economic capital – they are, in part, exciting because of their exclusivity – which makes it difficult to believe that NFTs will truly democratise anything. In addition to this, it’s difficult not to draw parallels between the LimeWire that was – an illegal space for free music which was also laden with viruses, scams, and malware – and the LimeWire that may be: a largely unknown trading arena ripe with fraud and scams waiting for unskilled users.

Finally, can we take a second to pay tribute to the spaces where artists and fans come together? Radio play, audio listening, gigs, and record shops are fundamental to forging communities from which new elements and genres branch off and build. The circulation of music across platforms and places are integral to the industry – and in most cases, advertising is what makes this possible.

Whether or not listeners, music lovers, and creators take to this idea remains to be seen. For some it will seem like a positive endeavour: an extension of services such as Patreon and Kickstarter, a digital means that allows for more personal and direct interactions, and support. For others this will take away from what makes the industry: accessibility and community, adding another level of exclusivity and digitisation there simply need not be.